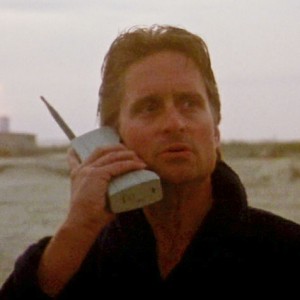 I think I know where I went wrong. Clearly I’m not greedy enough. Frankly, it’s kind of pathetic how little I’ve learned from Gordon Gecko.

I was on the phone with everyone’s favorite triathlete, @katymoe, making sure the hatches were all battened down (whatever that means…) at the homestead when I hear over the LAX PA system, “Attention passengers of flight 276. Unfortunately we are overbooked by about five passengers on tonight’s flight to Miami. If anyone would be willing to take a redeye through Fort Worth tonight, you’ll leave about two hours later but I’ll also provide you with a $300 American Airlines flight voucher. If anyone would like to volunteer, please come see me at the service desk.”

I practically hung up on Katy. I already had a four-hour layover in Miami so I figured if I have to sit around in airports all night anyway I might as well make a couple Benjamin’s (that’s what the cool kids call hundred dollar bills) off the deal.

“Excuse me, what time does this money plane land in Miami?”

“Let me see your ticket. Ahh…it starts boarding at 9:45, that’s cutting it pretty close. Why don’t we just hold off and see how things go here?”

And that’s where I made my fatal error…

Why, oh why, did I not just insist that I didn’t mind? I mean, really, who cares if I miss one of the fifteen daily flights to Nassau from Miami?! Come on, Brett! $300!

Nope, instead, by not being greedy enough, I set into motion a chain reaction resulting in out and out travel rape by none other than the patron saint of travel bungles, AmericanAirlines.

Shortly after the aforementioned PA announcement, a second AmericaAirliner came in over the loud speaker, “Hello everyone, I hate to be the bearer of bad news but it seems there is a mechanical issue with your airplane tonight and it won’t be able to fly. The good news is we already have another plane gassed and ready to go at gate 48.”

Cue the mass exodus of 200 bright-eyed and bushy-tailed travelers toward gate 48.

Two minutes later another voice comes over the PA, “Passengers of flight 276 to Miami, I’m very sorry but your substitute aircraft is actually waiting at gate 45. (Fun Fact: thanks to some well places shops gates 45 and 48 at LAX are farther away from each other than you’d think.)

After finally boarding our plane we sat. That’s all…just sat.

Thirty minutes later we were informed that the reason all we were doing was sitting, was that all of the catering was still on our first plane. Which had now been moved to the hanger. So now it would be 30-40 minutes before they would be able to get the catering from Plane 1 to Plane 2.

Eventually, to the sounds of muffled cheering, we taxied back from the jetway and toward the runway. Where we sat. Another 45 minutes passed before we got word that a fuel pump was out and despite having four of them “it’s probably a good idea to head back to the jetway and get this one checked out.”

An hour later we got the good news, “Looks like we’ve got a new fuel pump and the maintenance crew is done. We’ll just be here another 20-30 minutes to take care of some paperwork before we can take off.”

The timing couldn’t have been better, I had just about made it to the end of what had once been a severely backed up RSS feed and was more than happy to drift off into a quiet oblivion once we were in the air…

…which made the news that much harder to take when, 40 minutes later, the pilot’s voice came through the PA one more time, “I’m really very sorry, folks. It seems the fuel pump wasn’t the problem and the maintenance crew is taking another look right now.”

Maybe all these “30 minute laters” are getting tough to follow. Here’s some context. Plane 1 was scheduled to take off at 10:40pm, at 4:00am the pilot finally said, “I don’t know how to tell you guys this, so I’m just going to say it, there’s no way this plane is going to leave the ground tonight. The good news is, there’s a new plane waiting for you at your original gate all gassed up and ready to go (yay!). We just have to move the catering from this plane to that one (boo!).”

Despite my ridiculously long layover in Miami it was now clear that 1. there was no way I was going to make my connection and 2. I was going to not-make-my-connection without an extra $300 in my pocket. Bummer.

To add to that bummerdom (please get off my back about these made up words already), after gathering our bags and showing up to the new/old gate with all of our things we were greeted with yet another message that finally boiled down to, “This just ain’t gonna happen, folks.” The cockpit crew had reached the point in their shift where, if they hadn’t already taken off, they weren’t allowed to begin a new flight.

It was heartbreaking news for more than a few people and I’d be lying if I didn’t say there was plenty of yelling going on in that terminal. For me, it meant that I would miss out on a couple of activities and I’d have to wait another 12 hours to begin my free vacation, but I literally felt sick for those families that had spent a whole year saving up vacation days and money so that they could take this one week off for the adventure of a lifetime. Cruises were canceled, trips to Borneo aborted, some folks just gave up and went home, resigning themselves to spending the remainder of their vacation in quiet repose and/or crying themselves to sleep, curled up in the fetal position in an undusted corner.

On the upside, after a little over 24 hours of travel, I did eventually make it to Nassau and the Bahamas adventure got off to a quick start…stay tuned. 😉