After narrowly surviving the living nightmare of being trapped in one of those travel mishap laden Romantic Comedies (minus the romance and comedy), courtesy of AmericanAirlines, I finally made it to Nassau a scant half-day late. Even having missed 12 of the 40 hours scheduled in the Bahamian capitol, it was surprisingly action-packed…so I’m kind of having a tough time decided what to write about, but I suppose the best place to start is always the beginning.

I’d love to call where we stayed that first night a hotel, but as the Internet’s resident hobo, for me the word “hotel” usually conjures up images of that one room garbage pit with stained carpet and a lonely Queen-sized bed that I get offered every time a flight gets cancelled. (Thanks again, AA.)

Graycliff was significantly more unique. As sad as I am to constantly have to revert back to Disneyland anytime I want to draw analogs to a unique location…it really did remind me of New Orleans Square. (For those super Disney nerds out there, it really struck me how similar it looked to Angel Alley, my all-time favorite place to just sit and relax at DL. Bonus points if you know what the hell I’m talking about right now…)

I could totally bore you guys with a description of the grounds but there are plenty of pictures right here, besides, the aspect of this former pirate mansion (seriously) that really sold me on the place had nothing to do with landscaping and everything to do with one of the most eccentric people I’ve ever met.

A lazier writer might call Graycliff’s owner, Enrico Garzaroli, “colorful,” but that would be doing such an immeasurable disservice to all the hand gestures, sound effects and mispronounced curse words that for once in my life I will attempt to forgo being that lazier writer…

This guy was fantastic! I didn’t get to spend as much time with him as the rest of the group did, but I spent every second he was around soaking up his barely intelligible stories. A man whose every movement belies a life well-lived, he still manages to be surprisingly down to earth (like anyone who has spent the last 40 years in the Bahamas would be, I suppose).

A big guy with a penchant for well-made shirts, fine wines and hand rolled cigars, Enrico owns a room when he walks in…granted, he very literally owned every room I saw him walk in…so there’s that. Other things he owns regardless of whether or not he walks into them: The third largest private wine collection on Earth, an award-winning (and the Bahamas only) cigar factory, my heart. 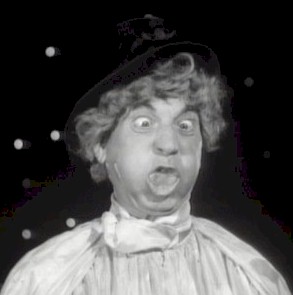 As usual, I’m a sucker for stories, and that’s where he won me over. Each tale of debauchery and excess he tells is punctuated by hand waving, the world’s most infectious belly laugh and a face/noise that, without fail, would remind me of Harpo Marx’s “Gookie.” (Of course, the stories were then followed by curious looks around the room as everyone listening attempted to piece together the portions of the story they were able to make out with the bits that other folks understood.)

From what I was able to gather, his father invented seamless pantyhose, he’s driven just about every sport car imaginable, he loves Iceland and the Bahamas and he once hunted and killed a family of spotted unicorns using nothing but his bare hands and a toaster oven…again, he was very difficult to understand.

Bottom line: There was a lot of fun to be had in the Bahamas (and a lot more to write about) but the one thing that could get me back to the islands faster than anything else? The promise of getting to sit in the Graycliff lounge listening to Enrico tell an endless array of stories I have no hope of understanding until 3am, one more time.